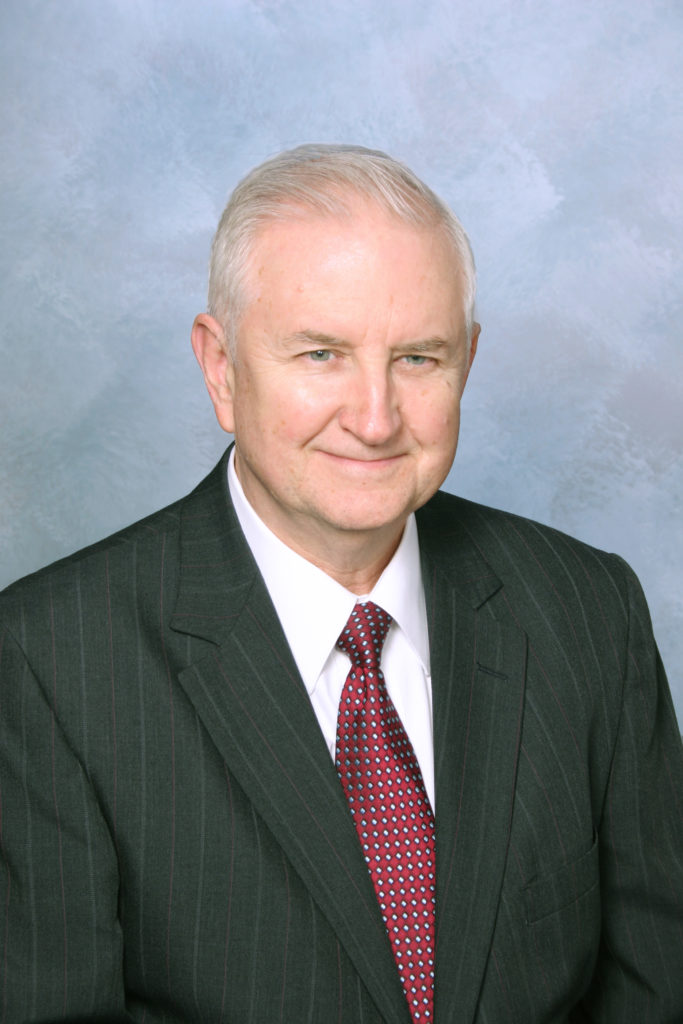 Taylor graduated from Northwestern University with a degree of Bachelor of Arts in 1969 and earned his JD from the University of Illinois in Champaign-Urbana in 1972. He was admitted to practice in Illinois in 1972 and to the U.S. Tax Court in 1976. He has practiced with the law firm of Johnson & Taylor since 1972. Taylor concentrates his practice in the areas of estate planning, probate, real estate transactions and tax.

Taylor is an actively involved member and currently chairman of the Pontiac Tourism Bureau. He also is a member and past-president and treasurer of the local Kiwanis Club. He is also past-president of P.R.O.U.D., a downtown Pontiac redevelopment organization. Taylor received “Volunteer of the Year” award from the Pontiac Area Chamber of Commerce in 1995. He represented the John W. Albrecht Estate and the Lilly Crawford Trust and is a member of the OSF St. James – John W. Albrecht Medical Center Foundation Council.

Taylor is a lifelong Pontiac resident. He and his wife, Barbara, have two sons, Steve and Frank, and one granddaughter, Gracie.

We use cookies on our website to give you the most relevant experience by remembering your preferences and repeat visits. By clicking “Accept”, you consent to the use of ALL the cookies.
Cookie settingsACCEPT
Manage consent

This website uses cookies to improve your experience while you navigate through the website. Out of these, the cookies that are categorized as necessary are stored on your browser as they are essential for the working of basic functionalities of the website. We also use third-party cookies that help us analyze and understand how you use this website. These cookies will be stored in your browser only with your consent. You also have the option to opt-out of these cookies. But opting out of some of these cookies may affect your browsing experience.
Necessary Always Enabled

Any cookies that may not be particularly necessary for the website to function and is used specifically to collect user personal data via analytics, ads, other embedded contents are termed as non-necessary cookies. It is mandatory to procure user consent prior to running these cookies on your website.